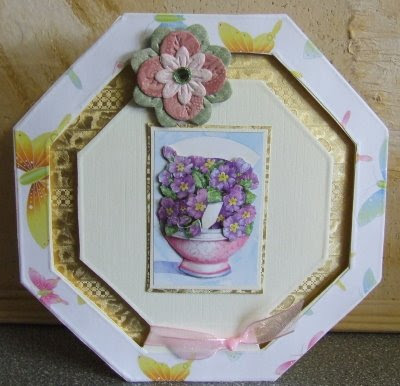 the theme for this weeks challange on c.r.a.f.t.is a moving card,i made this slider card using my eazi score board we would love to see your cards so why not pop over and have a go
Posted by andrea at 08:02 9 comments: 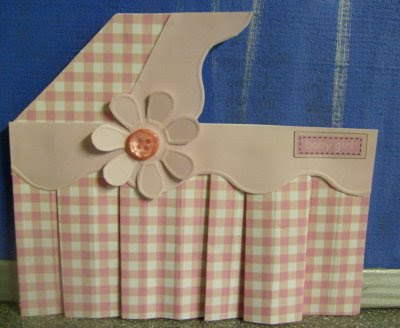 today is the first challenge on the c.r.a.f.t. challenge blog,there is a fab prize up for grabs so why not pop over and take part the theme is new,i.e baby,home etc.
i am so excited about being picked as a dt member can't wait to see all the entries good luck to everyone
http://trimmiescraftchallenge.blogspot.com/
Posted by andrea at 08:25 11 comments: 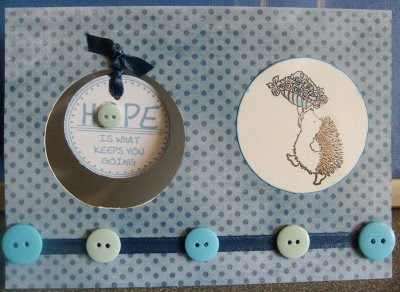 the theme for this weeks challenge is circles and buttons so why not pop over to the funky fairys challenge blog.i used dots are distressing and hope papers for my dt card
Posted by andrea at 08:15 5 comments: 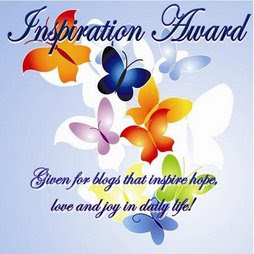 the lovely nannyflash gave me this blog award,i can give it to as many people as i want,thank the person who awarded it to me and tell everyone one fact about me lol,so i want to award it to all my blogging friends and dt members,and the fact about me that no one knows is i was a bugle player in the girls brigade
Posted by andrea at 19:04 No comments: 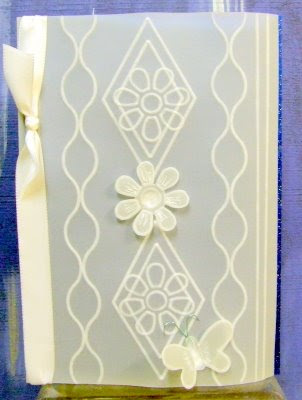 a parchment card that only took an hour to make and was really easy,i found a cheats way of doing it lol
Posted by andrea at 23:36 8 comments: 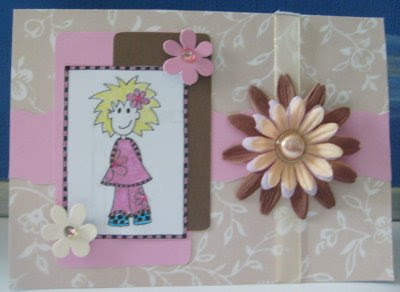 the theme for this weeks challenge on funkyfairys challenge blog is flowers and bling,pop over to the blog and join in you could win a free download of funky fairys papers
Posted by andrea at 16:56 5 comments: 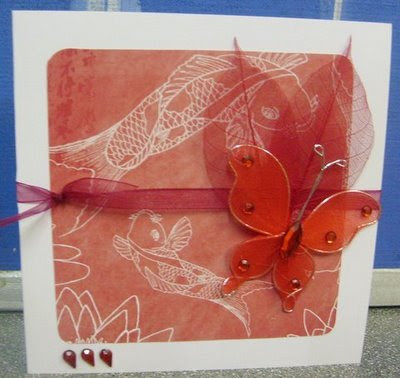 over on trimcraft we are having a challenge for red friday the challenge is to make a red card
Posted by andrea at 16:14 8 comments: 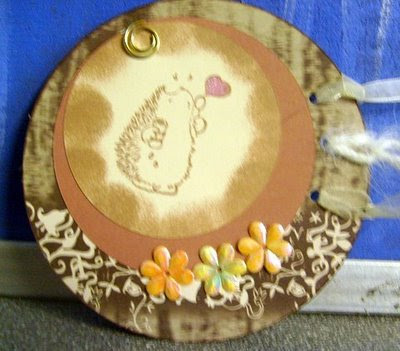 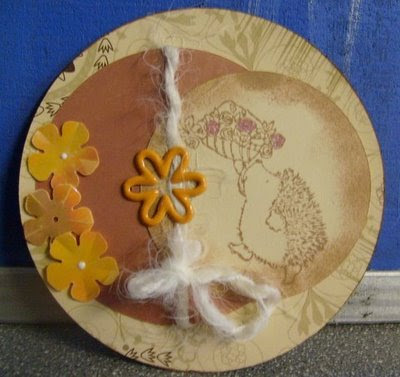 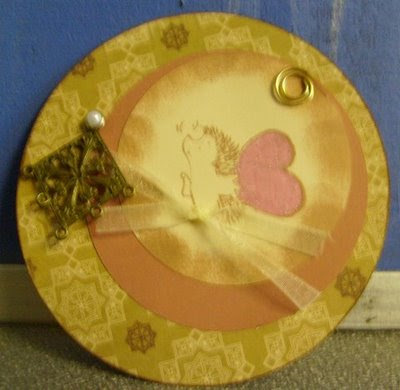 a set of roundies i made last night
Posted by andrea at 18:16 3 comments: 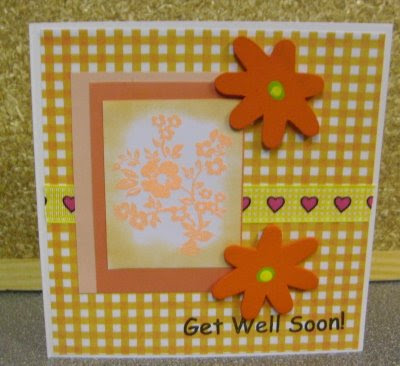 the theme for this weeks challenge on funky fairys challenge blog is get well so if you fancy the chance of winning a free download of funky fairys papers why not pop over to the blog and have a go,i used the gorjuss ginghams papers in orange for my card
Posted by andrea at 23:09 5 comments:

i received this email and wanted to share it

Last week I was in West London attending a conference.

While I was in the airport, returning home, I heard several people behind me beginning to clap and cheer.

I immediately turned around and witnessed one of the greatest acts of patriotism I have ever seen.

Moving through the terminal was a group of soldiers in their uniforms, as they began heading to their gate everyone (well almost everyone) was abruptly to their feet with their hands waving and cheering.

When I saw the soldiers, probably 30-40 of them, being applauded and cheered for, it hit me. I'm not alone. I'm not the only red blooded Briton who still loves this country and supports our troops and their families. Of course I immediately stopped and began clapping for these young unsung heroes who are putting their lives on the line everyday for us so we can go to school, work, and enjoy our home without fear or reprisal.

Just when I thought I could not be more proud of my country or of our service men and women a young girl, not more than 6 or 7 years old, ran up to one of the male soldiers.

He knelt down and said 'hi,' the little girl then asked him if he would give something to her daddy for her.

The young soldier didn't look any older than maybe 22 himself, said he would try and what did she want to give to her daddy.

Suddenly the little girl grabbed the neck of this soldier, gave him the biggest hug she could muster and then kissed him on the cheek.

The mother of the little girl, who said her daughters name was Courtney, told the young soldier that her husband was a Corporal and had been in Afghanistan for 5 months now.

As the mum was explaining how much her daughter, Courtney, missed her father, the young soldier began to tear up.

When this temporarily single mum was done explaining her situation, all of the soldiers huddled together for a brief second.

Then one of the other servicemen pulled out a military looking walkie-talkie.

They started playing with the device and talking back and forth on it.

After about 10-15 seconds of this, the young soldier walked back over to Courtney, bent down and said this to her, 'I spoke to your daddy and he told me to give this to you.'

He then hugged this little girl that he had just met and gave her a Kiss on the cheek.

He finished by saying 'Your daddy told me to tell you that he loves you more than anything and he is coming home very soon.'

The mum at this point was crying almost uncontrollably and as the young soldier stood to his feet he saluted Courtney and her mum.

I was standing no more than 6 feet away as this entire event unfolded.

As the soldiers began to leave, heading towards their gate, people resumed their applause.

As I stood there applauding and looked around, there were very few dry eyes, including my own.

That young soldier in one last act of moment turned around and blew a kiss to Courtney with a tear rolling down his cheek.

We need to remember everyday all of our soldiers and their families and thank God for them and their sacrifices.

At the end of the day, it's good to be British.

Very soon, you will see a great many people wearing Red every Friday.

British men and women who support our troops used to be called the 'silent majority'.

We are no longer silent, and are voicing our love for Country and home in record breaking numbers.

We are not organized, boisterous or over-bearing.

We get no liberal media coverage on TV, to reflect our message or our opinions.

Many British people, like you, me and all our friends, simply want to recognize that the vast majority of Britain supports our troops.

Our idea of showing solidarity and support for our troops with dignity and respect starts this Friday and continues each and every Friday until the troops all come home, sending a deafening message that every Briton who supports our men and women afar will wear something red.

By word of mouth, press, TV -- let's make Great Britain on every Friday a sea of red much like a homecoming football team

If every one of us who loves this country will share this with acquaintances, co-workers, friends, and family, It will not be long before Britain is covered in RED and it will let our troops know the once 'silent' majority is on their side more than ever, certainly more than the media lets on.

The first thing a soldier says when asked 'What can we do to make things better for you?' is...'We need your support and your prayers'...

Let's get the word out and lead with class and dignity, by example; and wear something red every Friday.
Posted by andrea at 19:36 7 comments:

andrea
I'm addicted to crafting,rugby union and espresso coffee, I have 2 gorgeous dogs and a very understanding husband who has finally realised that that there is no such thing as to much craft stash. 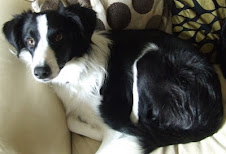 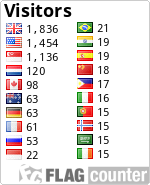 blogs I love to visit 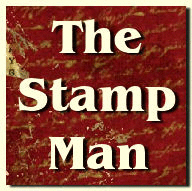